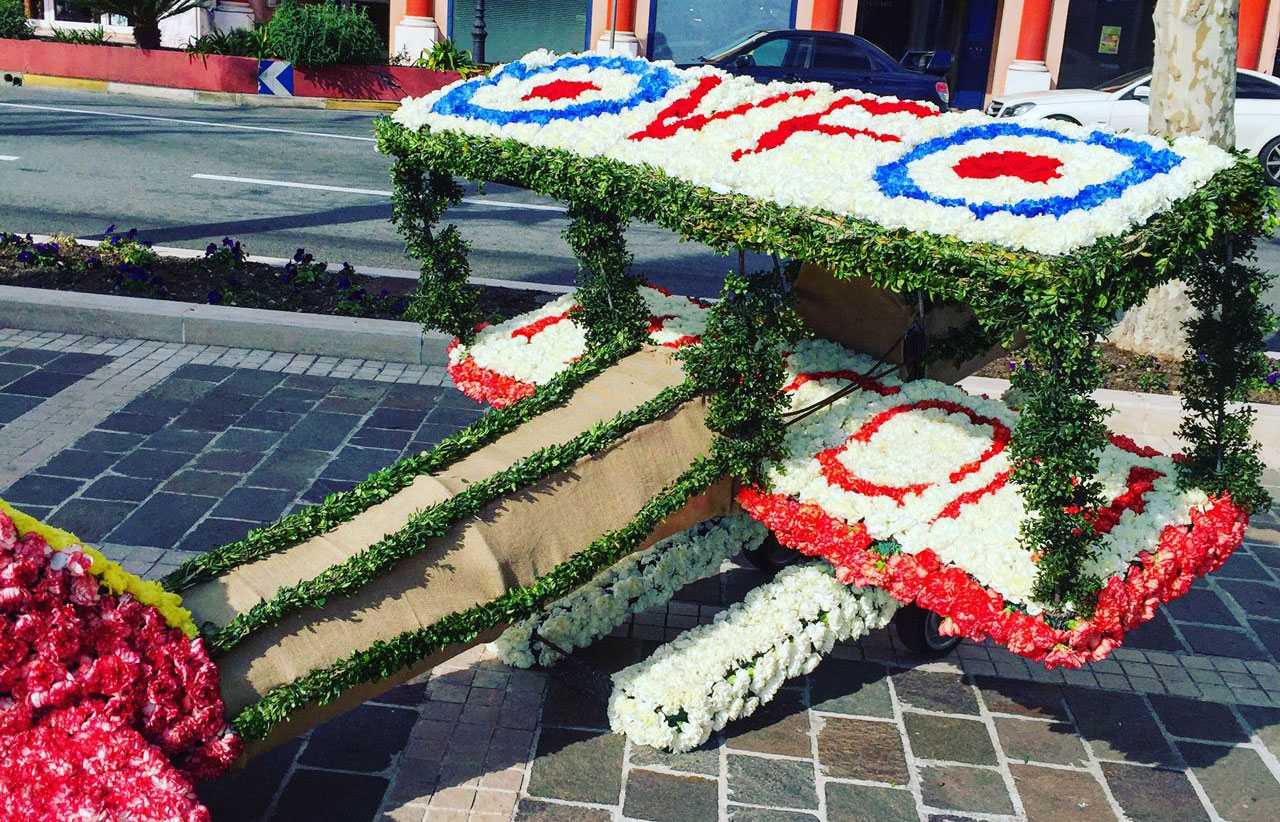 Monday, February 18, 2019, in Villefranche-sur-mer, the " Pointus " will be adorned with multicoloured flowers, mimosas, carnations, etc ... and will parade in front of thousands of spectators! The fishermen will be dressed in the traditional dress of the Provençal fisherman, and will pass near the banks by throwing flowers to the public for his greatest pleasure!

The animations will be proposed, the folk music groups, shows, and games around the citadel of Villefranche-sur-Mer ...

This event has its origins in 1902. We then witness the development of carnival festivals on the Côte d'Azur (the first battle of flowers in Nice took place on the Promenade des Anglais in 1876), the other cities of the Côte develop animations of the street and other flower battles.

Villefranche-sur-Mer was not outdone in organizing these happy holidays celebrating spring and decided to do better and differently! To the natural element which characterizes it, the sea, she associated the two symbols of the economic activity of that time: the sharp ones and the flowers. For the very first time, we were going to witness a battle of flowers on the waves of the Mediterranean!

The Mediterranean spiked flowers original decorations composed of carnations (main Villefranchoise floral culture) and mimosas attract all the "jet set" of the roaring twenties on the docks of the port of Darse.

Each year, many Villefranchoises families come with about fifteen boats to perpetuate this centenary celebration.

The sharp (typical boats from the south of France) are thus transmitted from generation to generation as a heritage of a unique culture. And even if they are no longer destined for their first vocation, fishing, they have become a formidable tool for transmitting the Mediterranean soul.

The Fleuri Naval Combat is the perfect opportunity to show the Riviera and tourists these boats that are part of the Mediterranean heritage.

Explore Villefranche was made by English speaking residents of this area on the French Riviera. This site aims to show off the beauty of this region and make it more accessible to people visiting.

Sign up to Explore Villefranche to get more info and updates.